Only seven rings intertwined in a pattern, and what a mysterious variety of meanings.

You can look at the ancient symbol of the Seeds of Life for hours. Like a mysterious mandala, this pattern immerses everyone in meditation: it opens up new edges of reality, awakens our imagination and gives us confidence in choosing our own life path.

The origin of this sacred symbol and its true meaning is a rather interesting topic for study. Versicolores.ca is a detailed guide to this mysterious symbol and its profound meaning and its roots that you will want to read to the end.

To find out more, visit the best Canadian Iris Flower site for all iris enthusiasts. There you will find comprehensive information about such great flowers as Siberian Iris and Bearded Iris. The perfect place for all fans of wonderful iris flowers!

The Seed of Life is an ancient symbol with important religious and spiritual significance. Since ancient times, this symbol has been used by various civilizations and is now found in many places all over the world. It looks like a two-dimensional pattern of seven circles of the same size crossing over one another. There is one central circle in the middle, and the remaining six are on the outside and intersect with the central one. The symbol resembles a set of flowers of the same size. Such a beautiful and unusual design has a unique meaning.

Many researchers of the environment and patterns that occur in nature note that they all have corresponding symbolism. The meaning of this symbolism suggests that the life processes in the Universe as a whole are interconnected. The Seed of Life is based on the concept that life is a divine creation.

In nature, many other symbols stand for the unity of everything that exists. For example, the meaning of iris flowers is the transition between one state and another, the ability to switch to deep awareness and understanding of the beauty and perfection of nature. Just as the goddess Iris rides on a sparkling rainbow to connect one world to another, we can do the same – find harmony in everything.

The Seed of Life is seen as a symbol of the seven days of creation. At first, this symbol was depicted in the form of an octahedron. Due to its movement around its axis, the symbol eventually transformed into a sphere. It was this sphere that served as a kind of home for the consciousness of the Creator. Initially, only the shell of this sphere, that is, the membrane, existed.

Then a second sphere was created. The result of the interaction of these spheres was the formation of light. Creating a new sphere on the surface of the previous one forms a figure that consists of two equal circles. They intersect evenly in the center. Such a figure is often called a “fish bubble”. This is the geometric formula of the electromagnetic spectrum of light. As you know, light is the first creation of God. Then, as a result of a similar process, other creations appeared.

There is a theory that everything on earth, including life, is based on the Seed of Life, and the process of creating the Universe took seven days (hence the seven rings). In addition to the Seed of Life, there are several more stages in the formation of the Universe. The second stage is the Flower of Life, from which, as a result, the Fruit of Life appeared. It is this symbol that is considered the scheme for the creation of all worldly things.

Thus, the symbol of the Seeds of Life is the beginning of beginnings, from which all aspects of existence and life concepts later arose. For this reason, this symbol is one of the key ones in almost all world religions.

Seed of Life and Sacred Geometry

Sacred geometry is the school of thought that underlies the meaning of this symbol. As sacred geometry says, people should consider all patterns in nature from a mathematical point of view.

As for the sacred part, the proponents of this theory believe that these symbols, their structure and formulas are the very real evidence of divine creation and planning. For example, the so-called Fibonacci spiral is one of the clearest examples of sacred geometry. This is a repeating pattern in the Universe and nature. There are spirals everywhere, starting from shells and tangles of snakes and ending with tornadoes and galaxies. The spiral represents an expansion from one point, something that gains momentum and increases.

So, according to sacred geometry, the spirals that we can see in nature follow the mathematical model of the Fibonacci number sequence. This system starts with the numbers 0 and 1, and then the sum of the two previous numbers is added.

Followers of sacred geometry believe that the divine creation of life and the Universe began with the creation of the so-called octahedron. This figure consists of six vertices, eight faces and twelve edges.

As we said earlier, according to the theory, the Creator first developed one form and then spun it around an axis. The result is a sphere. At the next stage of creation, another sphere was formed, intersecting with the first. It is believed that both of these spheres served as a blueprint for the creation of more complex structures. Later they became the blocks for the structure of life. Then a third sphere was added, then the next one, then another, and so on.

The Symbol Recognition in Main Religions

There is a theory that this symbol divided all the Hebrew alphabets in the correct order due to geometric interpretation. A group of French cabalists did this as early as the 13th century AD. It has also been noted that these alphabets bore a strong resemblance to the alphabet used by Rashi, the famous religious sage of France. During this time, he wrote his popular commentaries on the Old Testament.

Evidence has been found that many religions of the world used the symbol of the Seed of Life. It is still featured on the official websites of some religious communities and other religious items to this day, including:

Proponents of sacred geometry also believe in the lucky number 7. They think that this is the most crucial number in culture and in the world as a whole. Where can you see this magic number?

Music. We all know that there are seven notes. There are also seven (A, B, C, D, E, F and G) pitches in the diatonic musical scale.

The Book of Genesis. The process of creating the Universe took seven days, as we know.

New Testament. This number in the Bible is considered the sum of the four cardinal points and the Holy Trinity.

Buddhism. This religion is based on the seven steps to enlightenment.

Islam. The Koran speaks of the existence of seven heavens. In addition, Muslims walk around the holy Kaaba seven times in Mecca.

Hinduism. According to this religion, there are seven underground and higher worlds.

Book of Revelations. This number is also mentioned here more than once. For example, seven spirits near the throne of God; seven seals of God’s judgment; seven stars in the right hand of Christ, and so on. 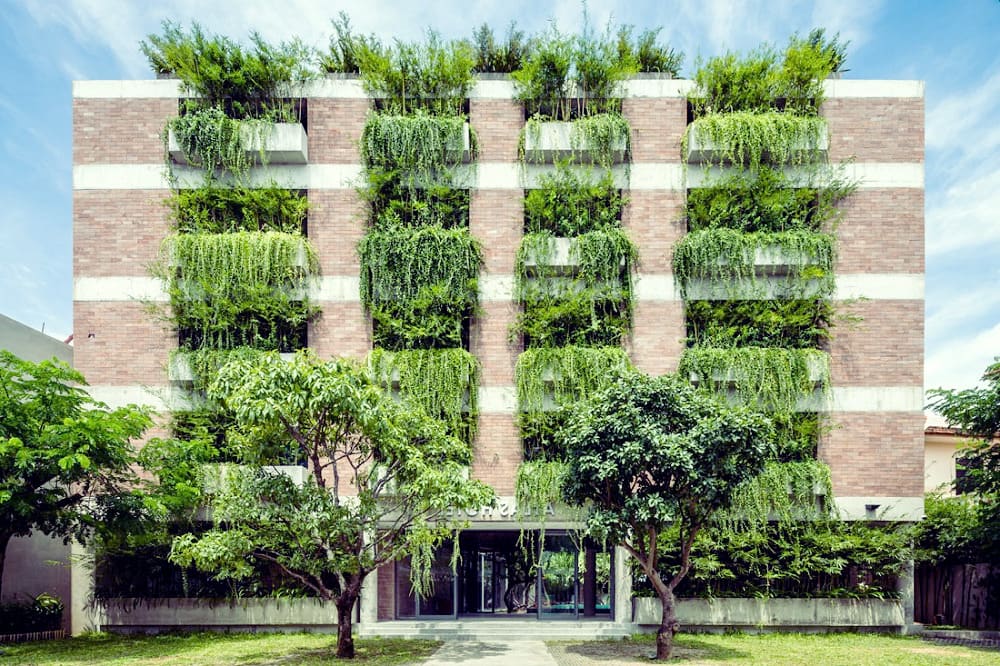 We are accustomed to growing plants on the soil in the ground. But did you ever imagine creating a garden… 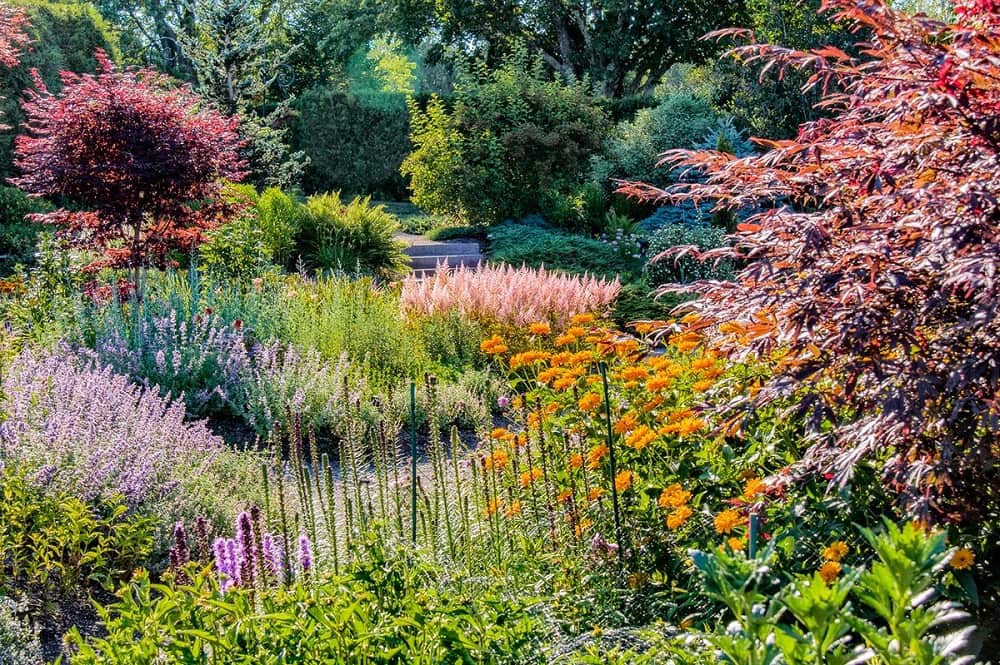 Why is Ecological Restoration Beneficial for your Garden?

How beautiful is your garden? A garden is a homeowner’s pride. A beautifully maintained garden of colorful flowers kept neat and… 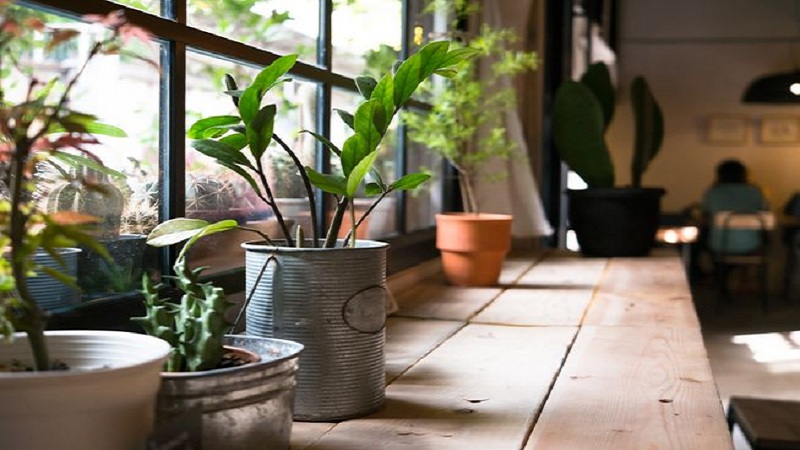 Technology controls our lives today – in more ways than we can think of. Most of the stuff we do…

Other Uses for the Magic Number

There are many more examples of the number seven presence in culture and human life. For example, the famous psychologist George Miller of Harvard University made an important discovery related to this number. He found that most people can only remember seven pieces of information for a short period of time. As a consequence, telephone numbers in most countries are seven digits long now.

Given all of the above, it becomes clear why the followers of sacred geometry give this number such an important place in life and believe in its magical power. After all, in their opinion, all this is not a coincidence.

Thus, many believe in the luck that the number 7 brings. Despite the fact that this is more like a stereotype, many gambling enthusiasts, for instance, expect to beat the casino by relying on the lucky seven. At the same time, there is an opinion that this number cannot be said aloud when playing dice. Otherwise, luck may turn away from the gambler. However, you should be careful with numerology and lucky numbers in gambling. Studying the information and guides makes it clear how online games work and how to increase the chances of winning or at least protect yourself from significant losses. Although gambling is a game of chance, you should not rely on talismans here.

Other Meanings of Seeds of Life

With a deep meaning and history, the name of the Seed of Life symbol is used in many cultural, religious and other organizations.

One such organization is the Christian community, which deals with the problems of hunger located in one of the Canadian provinces, Ontario. Today, the world’s hunger problem is in the first place. Seeds of Life takes action every day so that no person on this planet knows what hunger is.

The organization not only raises funds for the purchase of food for residents of developing countries but also helps people grow their own crops to feed their families.

Seeds of Life programs also cover educational aspects. They inform people about growing different crops and seeds, including chia and sesame seeds, how to use these seeds for food and store them correctly. Thus, the organization is trying to turn ordinary people into real farmers who can provide themselves and everyone around with food for many years.

The main goal of the organization is a world without hunger.

Tattoos and Pendants with the Symbol

The Seed of Life symbol can often be seen in the form of tattoos or pendants.

Tattoos with the Seed of Life Symbol

Due to its mystical and deep meaning, it is very popular among tattoo art lovers. The whole charm of such a sketch is that something huge is hiding behind the graceful and simple lines – the main explanation of our entire existence and the creation of the world.

That is why today, you can often see this symbol on the body of young people who appreciate the full depth of this sacred pattern.

Pendants with the Seed of Life Symbol

But not only tattoos. People who believe in the theory of God’s creation of the world often wear pendants with this symbol. It helps them find a balance in life, harmony, and unity with the environment. Such pendants are chosen by people who believe that the correct answers are those that repeat the laws of space. This pendant gives them a sense of understanding of these laws.

All of us and everything in this world, like the circles of sacred geometry, are intertwined with each other. Many people intuitively feel that they are part of something bigger, but for them, it is hard to find their place on earth. They do not understand what to do or how to act in a given situation.

For those who believe in the magic and power of the Seed of Life symbol, such a pendant helps to let a miracle, inspiration, creative impulses and unexpected insights into their lives.